Whether you’re making a stir-fry, salad, or homemade hair mask, picking the right type of oil is key.

Not only can certain oils vary in taste, but they also offer different sets of nutrients and health benefits.

Grapeseed oil and olive oil are two common cooking oils featured in a variety of recipes and cosmetic products. While they’re similar in several ways, many differences set them apart.

This article takes an in-depth look at how grapeseed oil and olive oil compare in terms of nutrition, health benefits, potential downsides, and uses.

Grapeseed oil and olive oil provide a similar set of nutrients, and both contain the same number of calories and amount of total fat per serving.

Grapeseed oil and olive oil have each been associated with several potential health benefits.

Grapeseed oil is high in polyunsaturated fatty acids and contains a variety of disease-fighting compounds and antioxidants, including tocopherol, linolenic acid, quercetin, and resveratrol ().

Additionally, an older study including 44 women found that consuming grapeseed oil for 8 weeks reduced inflammation and insulin resistance in women compared with those in a control group ().

However, grapeseed oil has not been studied as extensively as olive oil, so more research in humans is needed.

Olive oil is a good source of monounsaturated fats, which may support heart health.

According to one large review of 32 studies, consuming more olive oil is linked to a significantly lower risk of heart attack and stroke ().

Furthermore, olive oil is rich in antioxidants and has been shown to reduce levels of several specific markers of inflammation, which may help protect against chronic disease (, ).

Some studies suggest that olive oil may also help prevent neurodegenerative disorders. One review noted that certain compounds in olive oil may help prevent mental decline by altering some of the pathways involved in the progression of Alzheimer’s disease (, ).

However, more research in humans is needed.

Both grapeseed oil and olive oil have been shown to decrease inflammation and promote heart health, among other unique benefits of each oil. Yet, more human studies are necessary.

Both olive oil and grapeseed oil are commonly found in many hair and skin care products.

Grapeseed oil has been well studied for its anti-inflammatory properties. It also acts as an astringent, meaning that it causes your skin cells to tighten and contract ().

For this reason, it may promote overall skin health and treat common issues like dark circles, although more research is needed ().

Because it’s high in antioxidants, healthy fats, and vitamin E, it’s also often applied as a natural moisturizer to keep skin soft and smooth — either alone or mixed with essential oils ().

Some also recommend massaging 2–3 tablespoons (28–42 grams) of grapeseed oil into your scalp before using shampoo to help add strength and shine to your hair. However, this is not backed by research.

Although limited research has been conducted on the effects of grapeseed oil for hair health, one older mouse study found that certain compounds extracted from this oil promoted hair growth ().

Like grapeseed oil, olive oil may support skin health thanks to its antioxidant content and powerful anti-inflammatory effects.

In animal studies, it has been shown to promote wound healing, accelerate tissue repair, and protect against skin damage ().

Although olive oil is featured in many skin care serums, you can also simply mix a few drops into your favorite moisturizer and apply it to your skin.

You can also use it as a hair mask after shampooing to help naturally moisturize your hair.

Both grapeseed oil and olive oil are rich in antioxidants and may support hair and skin health.

Grapeseed oil acts as a natural emulsifier, making it a great addition to salad dressings, spreads, and sauces, such as mayonnaise. Because it has a very neutral flavor, you can easily swap it in for other cooking oils in a variety of recipes, including baked goods.

However, it’s rich in polyunsaturated fats, which are less stable at high temperatures, meaning they may form harmful compounds with high heat cooking methods like frying, roasting, or sautéing (, ).

Still, because it’s comprised mostly of monounsaturated fats, it’s stable enough to use in most types of cooking and baking, including in both high and low heat cooking methods.

It also works well in dressings and sauces or drizzled over prepared foods, including cooked vegetables or pasta dishes.

However, keep in mind that certain varieties have a strong, olive-like flavor, which may not be suitable for all recipes.

Grapeseed oil and olive oil are both very versatile and suitable for many types of recipes. Although grapeseed oil has a more neutral flavor and higher smoke point, it may be less stable with high heat cooking methods due to its polyunsaturated fat content.

Sustaining high levels of inflammation long term may lead to a number of chronic conditions, including cancer, heart disease, obesity, and more ().

Additionally, keep in mind that both olive oil and grapeseed oil are high in calories. Consuming high amounts of these oils without making other changes to your diet or exercise routine could cause weight gain over time ().

Finally, if you’re planning to apply either oil to your hair or skin, be sure to do a patch test first to test for any adverse reactions.

Grapeseed oil is high in omega-6 fatty acids, which may contribute to inflammation. Both grapeseed oil and olive oil are also high in calories, and they may cause adverse reactions when applied topically.

Although there are some slight differences in terms of their nutritional value and potential uses, both are great additions to a healthy, well-rounded diet.

Keep in mind that grapeseed oil may be less stable at high temperatures and is higher in omega-6 fatty acids.

Additionally, both oils should be enjoyed in moderation and paired with other nutrient-dense ingredients to support overall health.

Tue Aug 17 , 2021
Laura Harrier Bellocqimages/Bauer-Griffin/GC Images Laura Harrier The other day I showed my mom a bag of vintage parts I just acquired at a thrift retail outlet. Nearly all of them ended up items of lingerie from the ’50s and ’60s. Slip skirts, and slip attire, reimagined by me as day-to-day […] 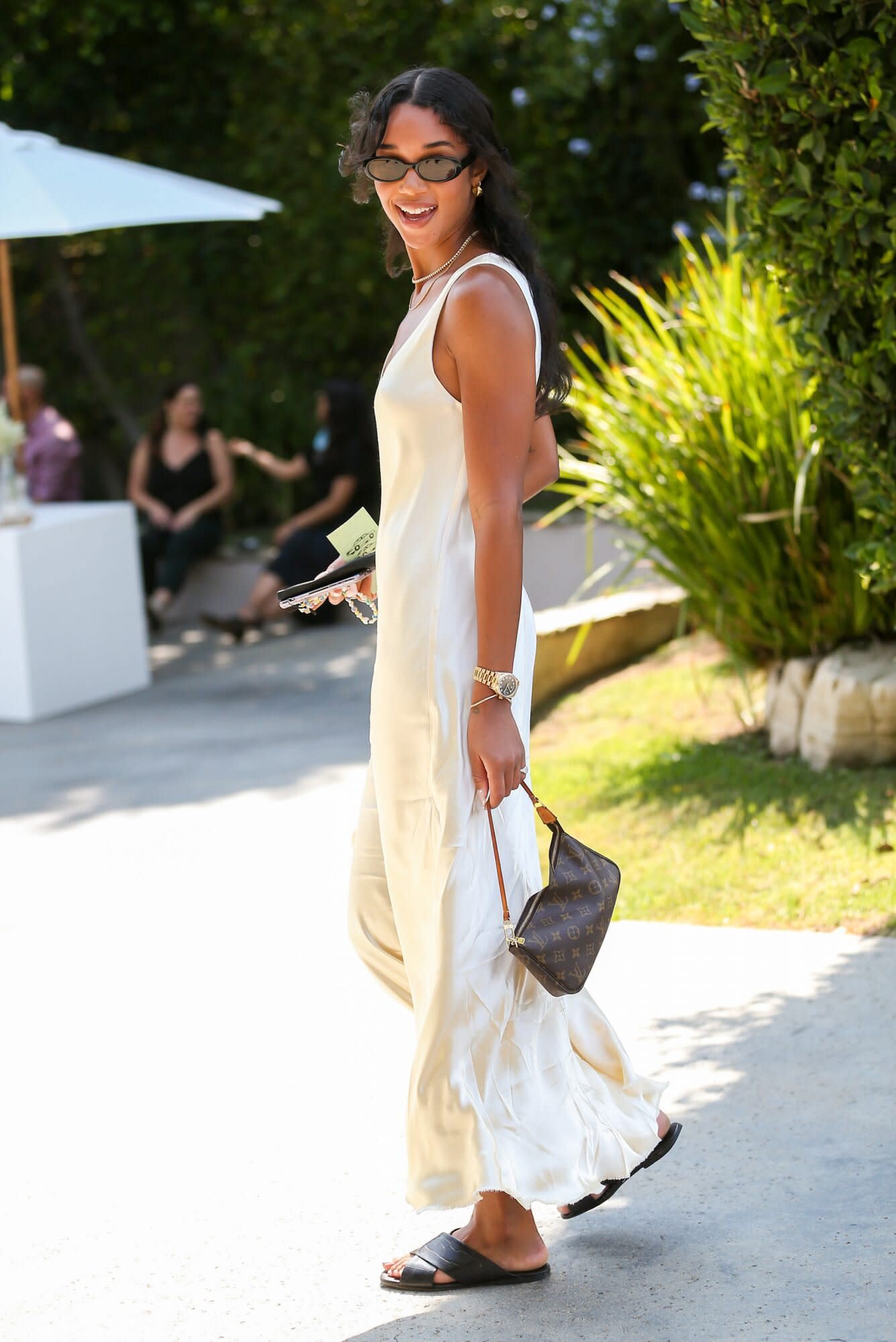