The Naval Academy has made the interesting sartorial choice to fabricate its first ever “Exclusive USMC Football Uniform.”

According to the Naval Academy’s athletics page, the uniform was modeled after the “iconic” Dress Blue A uniform, and “shares symbolic elements from both enlisted and officer regalia.”

Imagine a devil dog at his most dapper, but instead of sweating through wool trimmings at the Marine Corps ball, he’s prancing around the 50-yard-line in some fresh mesh and nylon. No, seriously, the football uniform mimics dress blues regalia down to the very last detail.

“It draws parallels with white gloves, black cleats, red trim, and royal blue pants,” according to the Navy site. “The actual ensemble worn by a Marine is the only uniform within the U.S. Military designated to include this red, white, and blue color scheme.”

The front of helmet prominently features the feral, guttural cry of the Marine, “OORAH.”

The trousers, of course, bear the blood stripe, which typically signifies the promotion from lance corporal to corporal. Debunked Marine lore says the scarlet line is meant to commemorate the “courage and tenacious fighting of the men who fought in the Battle of Chapultepec in September of 1847.”

Get the military’s most comprehensive news and information every morning

By giving us your email, you are opting in to the Early Bird Brief.

Because, as we all know, games against the cadets at West Point are akin to a skirmish where “90 percent of the Marine officers and noncommissioned officers who fought were killed.”

But if you cringe when it’s coming, you certainly won’t like how it looks when it’s going. The side of the helmet and the shoulders boast the traditional eagle, globe, anchor insignia. But the pièce de résistance is the jersey back, which, instead of a player’s name above the number, simply says, “Semper Fi.”

Moreover, it begs the question, “Are sailors the same as Marines out on the football field?” We think some Marines might not take kindly to that assertion. But perhaps channeling Marine Corps energy throughout the season means the midshipmen will be able to overcome last year’s embarrassing loss to West Point.

So, when will this homage to the “first in the fight” be worn, you might ask?

“The Navy Football team will wear the first USMC-themed uniform during it’s game against Air Force on September 11, 2021,” according to Navy athletics. “This date marks the 20th anniversary of the 9/11 attacks and beginning of the global war on terrorism. As we watch these rivals on the gridiron, we acknowledge the unity amongst the U.S. Military branches and thank those who have dedicated themselves to the service of our country.”

Fri Aug 20 , 2021
CNN —   As we wave goodbye to the WFH-era style that’s dominated the past year (read: sweats and leggings), we say hello to the return of an office-friendly wardrobe. With many of us heading back to an in-person workweek, there’s undoubtedly a lot that’s going to take some time […] 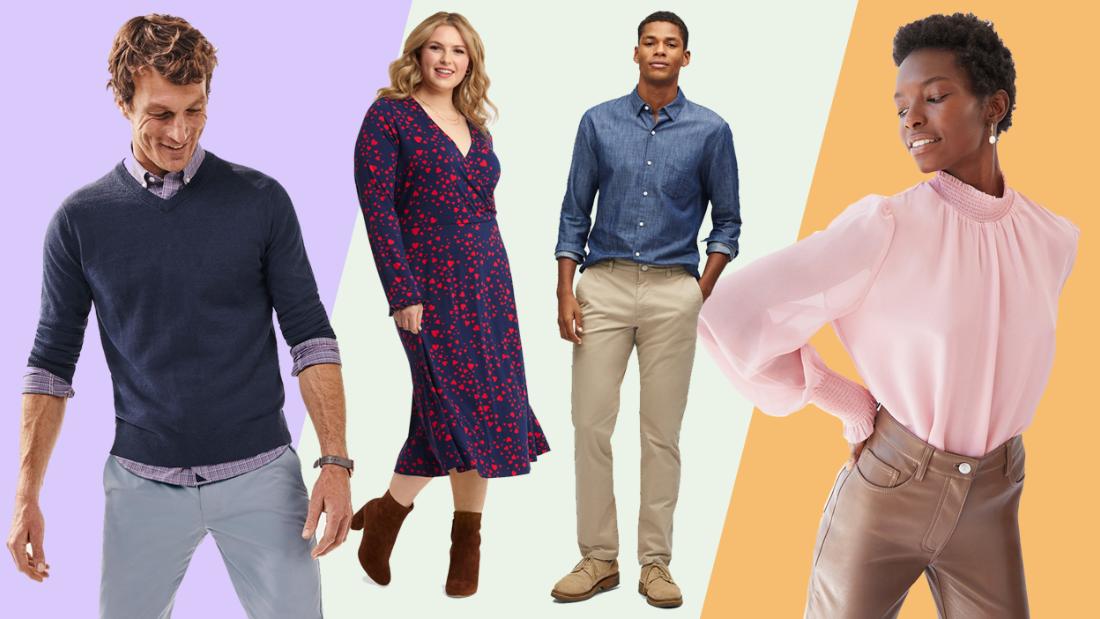