“Boxer shorts of all varieties have replaced yesteryear’s bandage skirt (of the early Kardashians) and the denim diaper of Coachella,” says Turner, the Los Angeles-based stylist to musicians like Grimes and Kim Gordon. As trending bathing suits are somehow higher cut in the front and near-invisible in the back, the “beach boxer” presents a fashion-forward solution. Turner is also pairing boxers with all of the sneakers she purchased during the pandemic. “I like the way they look with a bowling shirt.”

The same pair of shorts works for all—a truly genderless wardrobe add. “This weekend in Palm Springs, I saw @siduations wearing a pair of beach boxers from the ’90s,” Turner says. “He’s the ultimate club kid and probably saw his fair share at raves like Limelight.” Still, beyond the beach, the mini-short is alive and well. Prada’s Spring 2022 menswear collection went live last weekend with models stomping from neo runway to rocky shore in teeny tiny bottoms, while Fendi showed pastel iterations with cropped workwear. “You can rock them in the streets and the sheets!” enthuses stylist Donté McGuine, who splits styling work between coasts for clients like Luna Blaise and Ugg (he just wrapped a shoot for the brand featuring Dennis Rodman, Evan Mock, and Omahyra Garcia). “I love the new Telfar x Ugg collab,” McGuine says of the editor-favorite designer’s capsule for the Aussie surfer label. The unisex boxers sold out immediately.

Personalization is the key to making the underwear-inspired garment feel more like outerwear. “Something about seeing a girl leave her New York City apartment wearing her boyfriend’s boxer shorts and a simple tank with accessories hits the mark for me,” says McGuine. Turner agrees that accessorizing in the direction you’re heading with glasses, jewelry, and footwear is key. “I think it’s always important to bring your own personality into the look,” she says. “I would mix a relaxed cotton Oxford button-up with rolled-up sleeves, a casual half-tuck, so it feels a bit polished with a sleek flat leather sandal. Add a layered gold chain with charm pendants and some minimal stacked rings like ones from Kathryn Bentley or Bare and Golden.”

Below, the best boxer and mini shorts to shop and style for every summer escape:

For Americana-esque stripes, “one of my favorite brands at the moment is Les Girls Les Boys,” says McGuine. “The identity of this brand is in the name alone, and I’ve seen their boxer shorts on a good friend of mine, Gray Sorrenti,” he shares. “She casually rotates them in her inside and outside wardrobe.”

Like sands through the hourglass, long live the days of earth tones. “Aritzia has the most fabulous nude colors,” says Turner of their Claremont boxer-style shorts she purchased this weekend. Alternatively, Oseree’s sparkling lurex version would “thrive under strobe lights at night.”

“I am a fan of silky Bermudas—always have been,” says Turner. “They’re not for everyone, but the key is finding a length that is appropriate for your body’s proportions.”

“The androgyny of boxer shorts is very endearing and sexy,” says McGuine. In clean white, roomy cuts are a stylist-favorite for brightening up seasonless basics—anywhere. “The boxer short is an international it-thing.”

“I definitely have a printed silk boxer short for dressier moments,” says Turner. For summer prints, she likes Melody Ehsani. “She is the modern-day creative woman—I admire her because she conducts her life believing that the smallest changes made by an individual can change the outcome for the collective,” she says. “Misbhv is a brand I love for Grimes,” Turner adds, though she admits she doesn’t imagine her “sitting in the sun—ever.”

“I like the skate short look,” says Turner, referencing runways from Vuitton to Celine. “They’re comfortable, flattering, and ultimately remind me of Umbros that I used to wear with oversized T-shirts in high school, you can dress it up or down just as you would a pair of jeans.” She likes Nike’s Jordan collection for women that launched just a couple of years ago. “This color combo reminds me of a Malibu beach club in the ’80s.”

“This Ashley Williams short speaks to my love of horrible ’90s tribal tattoos,” says Turner. “I love the look on a bubblegum pink short more than I do on skin.” Look to Tom Ford for a taste of the wild.

“The shorts are getting shorter and comfier, and we love it,” says McGuine of the ultra-cropped length reminiscent of a birthday sleepover. “We’re taking bedroom attire to the streets.”

Sat Jun 26 , 2021
To be queer is to be in a constant state of self-discovery — about who we are and who we love, naturally, but also about what clothes make us feel most like ourselves. Personal style is inextricably tied to identity, and both are as much about the journey as the […] 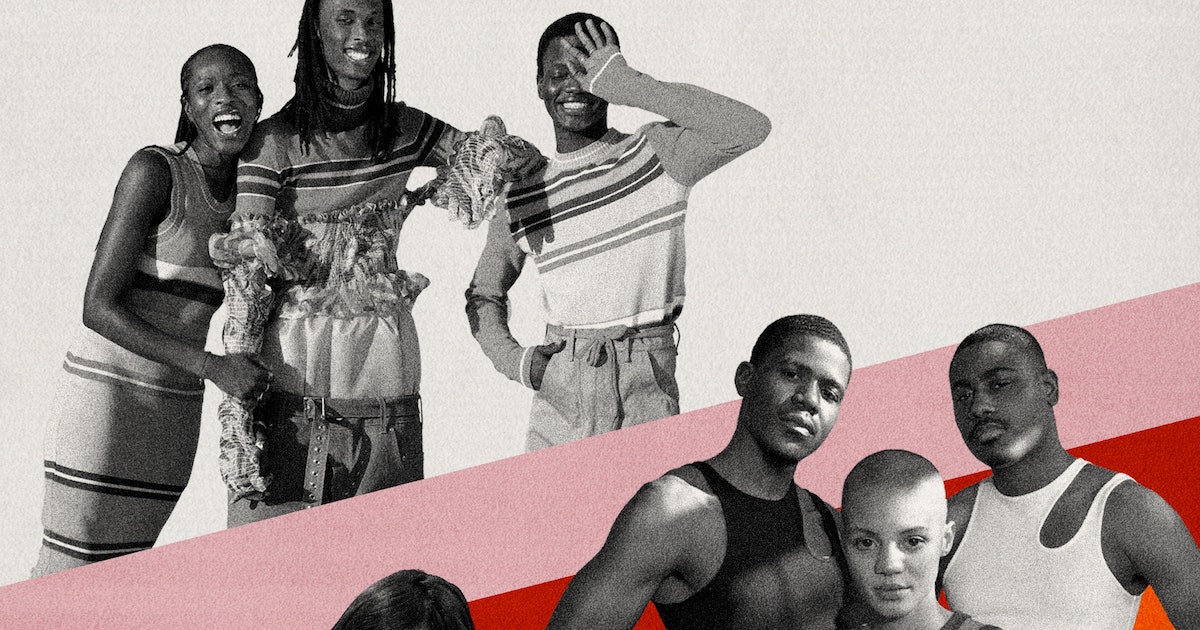